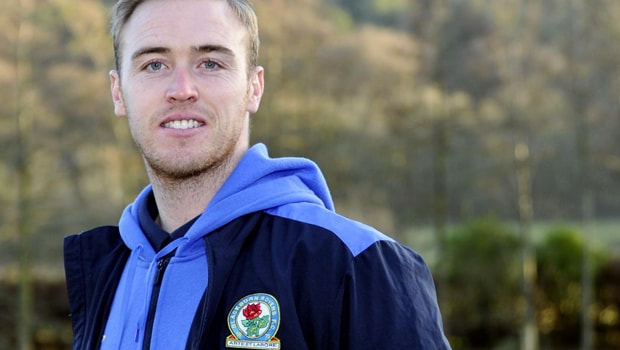 Blackburn goalkeeper Jason Steele has praised his side’s recent defensive improvement and believes it can be the key to helping them move away from the relegation places.

Rovers have taken their time to get going since Owen Coyle’s arrival in the summer but have now won on their last two outings, most notably last Saturday when they claimed a 1-0 victory away at Championship leaders Newcastle.

Encouragingly it took until the 70th minute for Steele to make his first save and it appears as if their previously porous defence is starting to become a thing of the past.

Saturday sees them host Huddersfield, a team who have failed to win in their last four, although they still remain in the play-off places.

Steele says the defensive improvement the Ewood Park outfit have made as a side has been hugely encouraging and is confident it can provide the basis for a run that will help alleviate some of their previous relegation fears.

“It was important,” he is quoted as saying by the Lancashire Telegraph. “We haven’t had enough clean sheets this season, I’ll be the first to say that, but we’ve got to take a collective responsibility for that.

“It’s not just down to the centre-halves and the goalkeeper, it’s about the whole team, we win and lose together.

“To a man I thought everyone stood up, worked really hard, and I thought we looked a threat as well and could have had more goals. Hopefully we can keep this little run going now.”