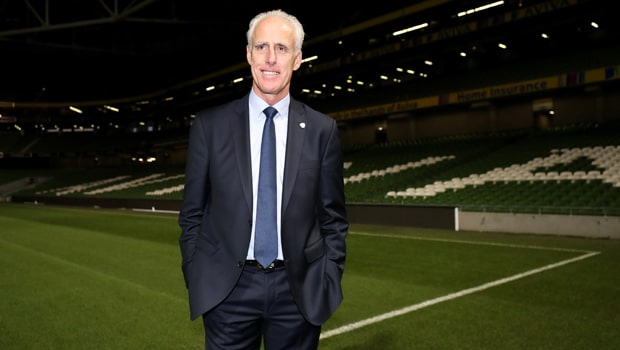 Mick McCarthy is returning for a second stint as Republic of Ireland manager, though only on a two-year term this time around.

The FAI have confirmed a deal that will see McCarthy replacing Martin O’Neill until the end of Euro 2020.

After that Stephen Kenny, who steps away from his role as manager of Dundalk in Ireland’s Premier Division to take the Ireland U21 position, will assume control of the senior international job.

The draw for the Euro 2020 qualifiers is set to take place in Dublin next week, with the FAI having signalled their intention was to have a manager in place before that high profile event.

The 59-year-old McCarthy, who stood down as boss of Ipswich Town in April, led the Republic to the last-16 of the 2002 World Cup in Korea and Japan despite losing skipper Roy Keane after a bitter fallout before a ball was kicked.

McCarthy, who played for Ireland in their maiden World Cup Finals at Italia ’90, has since managed in England, leading Sunderland, Wolves and Ipswich in the intervening years.

There had been widespread support for Kenny to get the top job within Ireland and the Dubliner will now have his eyes firmly on that role come the autumn of 2020.

Ireland’s all-time leading goal scorer Robbie Keane has been linked to a place in McCarthy’s backroom team and, though nothing has been confirmed, it is anticipated further information will be available when the new manager meets the press at the Aviva Stadium on Monday.