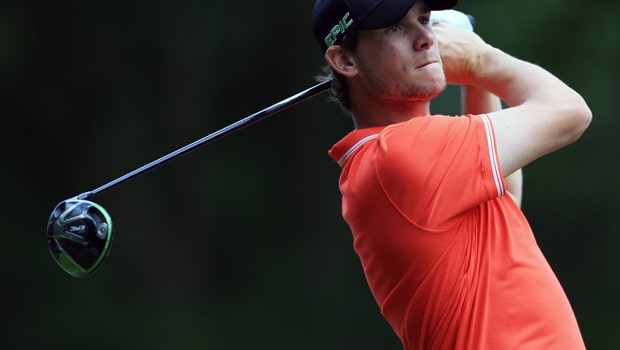 Thomas Pieters and Thomas Detry held their nerve and their lead to ensure Belgium won the World Cup of Golf for the first time.

Entering the final day with a five-shot lead, they carded a hugely impressive four-under par 68 in Sunday’s alternate shot foursomes in Melbourne to win by three shots from Australia’s Marc Leishman and Cameron Smith and the Mexican pair of Abraham Ancer and Roberto Diaz.

Tyrrell Hatton and Ian Poulter’s 70 left the Englishmen eighth on 15-under par, while Ireland’s Shane Lowry and Paul Dunne finished joint-tenth on 12-under, just ahead of Scotland’s Russell Knox and Martin Laird in joint 14th on ten-under par.

Defending champions Denmark were tied for fourth at 17-under par alongside Canada.

With their five-shot overnight lead at one stage trimmed to just two shots, Pieters and Detry had to fight off the charging Aussie duo of Leishman and Smith, who were backed by a boisterous home crowd.

“It was always nice to have that big brother talking to you and calming you down. It’s like you’re playing a game against your buddy at home, I learned a lot thanks to him.”

A thunderous drive down the final hole from Detry would lead to a closing birdie and Pieters felt his playing partner had shown his ability to play under pressure with that one shot.

“I’m super proud of him. That drive on 18 was unbelievable,” he said.

“I could see he was a bit nervous, I was nervous as well. To finish with a birdie tops it off. These putts on the back nine aren’t easy, I know, and he made plenty of them.”