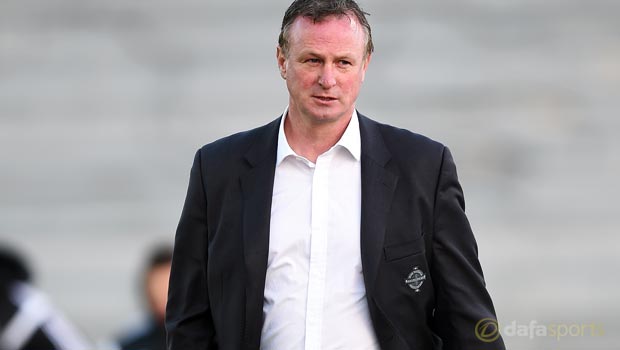 A scoreless draw with Romania at Windsor Park has moved Northern Ireland a step closer to qualifying for the Euro 2016 finals in France next summer.

Northern Ireland were held in Belfast by Group F leaders Romania, meaning Michael O’Neill’s side stay a point behind the table toppers.

The men in green have 13 points from six games, with third-placed Hungary two points adrift after the beat Finland 1-0 in Helsinki.

O’Neill was pleased to pick up a point against Romania in Belfast.

“It probably strengthens our chances of being in the top three as we are nine points ahead of Finland with four games left,” said O’Neill.

“The aim has to be keep ahead of the team immediately below us, Hungary.”

O’Neill takes his side to the Faroe Islands on September 3 before a potentially decisive home clash with Hungary. He feels his side are in good shape to get maximum points against the Faroe Islands while Hungary face a daunting away date with the group leaders.

“That will be an interesting double header but I think we are well equipped for it,” added O’Neill.

“Hungary have to go to Romania first in Budapest and that is going to be a huge game.

“You always want to just keep some distance between you and the team beneath you, which is Hungary.”

Elsewhere, England face Slovenia on Sunday as they try to maintain their 100-per-cent record in Group E.