Michael Keane not distracted by interest 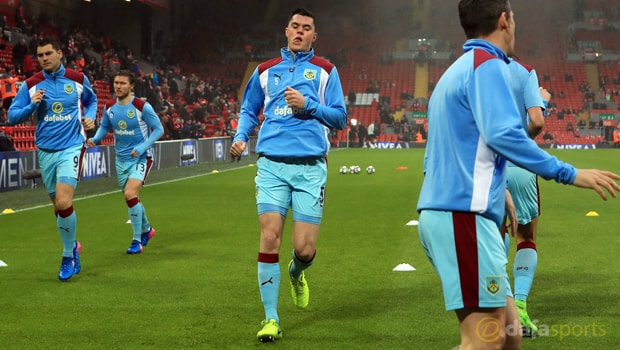 Michael Keane has vowed not to get distracted by the rumours surrounding his Burnley future after making his England debut on Wednesday against Germany.

The 24-year-old was handed his first cap on the right-hand side of three-man defence and impressed as the Three Lions eventually went down 1-0 in Dortmund.

Keane has been one of the stars of the Clarets’ season to date and has undoubtedly improved since joining from Manchester United in 2015 following an initial loan.

The defender’s exploits have not gone unnoticed, with Chelsea, Liverpool and Manchester City thought to be looking at him, while Leicester also had a bid rejected last summer.

For now though he is only thinking about performing in Burnley’s final nine games of the season, as Sean Dyche’s men look to seal their Premier League status.

Dyche has been particularly influential in mentoring Keane and although the centre-back says it is nice to have your exploits recognised, he is only thinking about repaying the faith shown in him by the Lancashire outfit.

“We’ve got nine games left in the season and we need to make sure we remain in the league.

“But to see things like that can only mean you’re playing well.”

He added: “If anything [leaving United] made me work that bit harder.

I’m thankful to [manager] Sean Dyche at Burnley for the work he’s done with me and the faith he’s put in me – that’s what has got me to where I am today.”