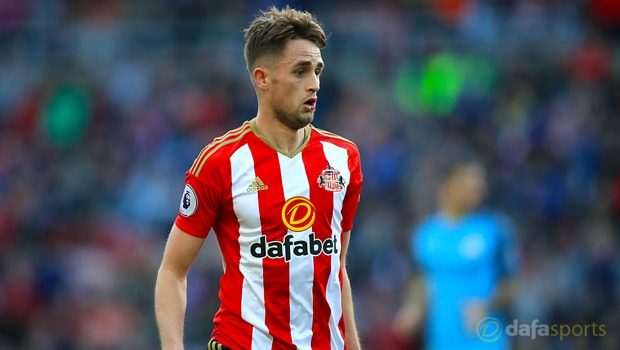 Adnan Januzaj has called for mental toughness from his Sunderland side as they look to pull off another great escape.

The Belgian joined the Black Cats on loan in the summer from Manchester United in a move that reunited him with the man who gave him his break at Old Trafford, David Moyes.

After initial questions about his attitude and work-rate, he has started to have more of an impact in recent weeks and looks set to play a crucial role in his side’s survival battle.

With 10 games to go, Sunderland currently sit bottom of the standings and as the 1.06 favourites to be relegated, will require another miraculous recovery if they are to stay in the top flight.

They will be looking to kick-start their survival bid on April 1 when they meet Watford in a game they are 4.33 to win, with the draw 3.40 and the Hornets 1.85 to claim the points at Vicarage Road.

Januzaj’s influence is sure to be key and he has now called on his team-mates not to shy away from their task, as he believes staying mentally strong will be vital to their hopes of retaining their top flight status.

“We have to try to win as many games as we can, we can’t make excuses, we have to deliver,” the 22-year-old said. “You learn more when it gets difficult.

First season I played a lot of football and it is also about confidence – when you have that from the manager you get better.

“You come to Sunderland and they always play for the battle to stay in the league. It is different.

Mentally you have to be strong because you are losing games and drawing. It is not easy, that is hard but you learn a lot.”