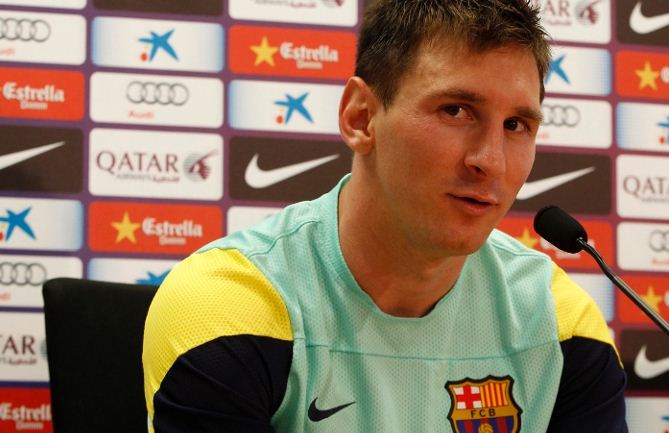 Lionel Messi believes new signing Neymar could be extra ingredient that Barcelona need to regain their place at top of European footballing ladder.

Despite reclaiming the La Liga title last term, the Blaugrana were demolished by eventual Champions League winners Bayern Munich, going down 7-0 on aggregate against the Bavarians in the semi-finals.

Their failure once again raised questions over whether or not Barca’s famous ‘tika-taka’ style of play had become outdated, with pundits suggesting the more aggressive and athletic approach of German clubs is set to dominate over the next few years.

However, rather than panic, the Spanish giants have stuck to their guns, signing rising star Neymar from Santos following years of rumours linking him with a move to the Nou Camp.

The Brazilian is currently one of the biggest names in the game after claiming the Player of the Tournament award as his country won the recent Confederations Cup on home soil.

Speculation has been building over the last few weeks over how boss Tito Vilanova will attempt to fit both the 21-year-old and Messi into the team, with club legend Johan Cruyff suggesting it would be a good idea for the Argentinian to leave.

The four-time Ballon d’Or winner isn’t concerned and is backing Neymar to quickly establish himself as a key part of the Barcelona line-up and believes he could be exactly what they need to win back the Champions League.

“He is a great player and he will have no problems adapting,” Messi told a press conference on Wednesday. “He’ll have no trouble off the pitch either. He’s a good lad.

“He will give a lot to the team. In one-on-ones, he is very dominant. He’s going to make a difference.”