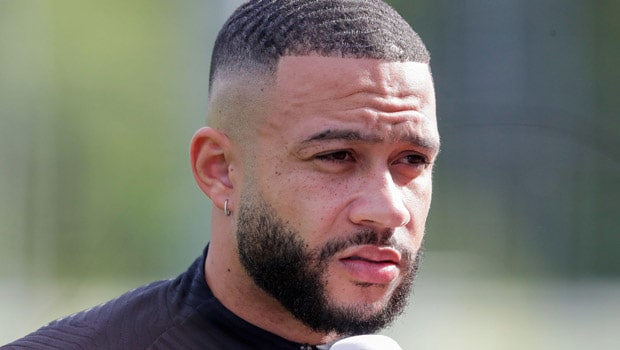 Netherlands winger and former Manchester United player Memphis Depay will join Barcelona once his contract with Lyon runs out at the end of July.

Depay signed a two-year contract with the La Liga side and becomes Barcelona’s fourth acquisition this summer after confirming the signing of Manchester City’s duo of Eric Garcia and Sergio Aguero.

The Catalonians also brought in Emerson from Real Betis as they hope to improve on their third-place finish in the La Liga last season.

Although the team won the Copa Del Rey, it was nevertheless considered an under per season especially with the transfer issues surrounding Messi’s future and the club’s presidential position.

Meanwhile, Depay who is currently with the Netherlands national team at the Euro 2020, joined the French side Lyon in 2017 making 178 appearances and scoring 78 goals.

Before his stint in Lyon, Depay had an unsuccessful 2-year stint in England at the Old Trafford with Manchester United in the English Premier League.

He also played under new manager Ronald Koeman when he was the coach of the Oranjes scoring 11 times in 18 matches he played under Koeman before he joined Barcelona last August.

Nevertheless, the winger who ended last season as joint top scorer in the Ligue 1 alongside Kylian Mbappe has never hidden his desire to play under his former national team manager.

“Everyone knows that I have been linked to Barcelona for a long time and that I want to play under Ronald Koeman. Let’s wait and see.” Depay said.

Depay has scored one goal in two matches for the Netherlands at the Euros as the Oranjes endured a scare against Ukraine in their opening game before defeating Austria 2-0, a game he opened the scoring.