West Brom: Mel out of running 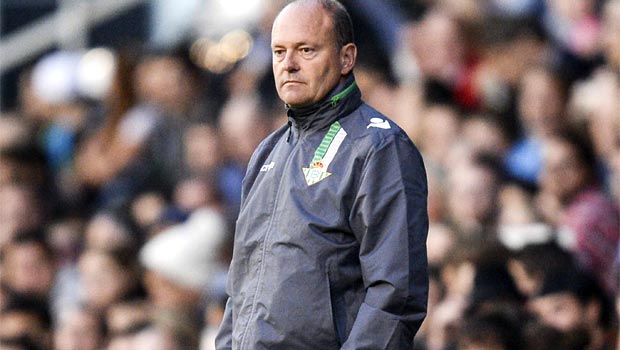 Former Real Betis boss Pepe Mel has been ruled out of the running for the West Brom job after the club ended negotiations.

The 50-year-old was highly expected to be offered the job, according to reports; however the Premier League side have confirmed they are still continuing their search for a successor to Steve Clarke.

Reports have suggested that talks broke down between the two regarding back-room staff; Mel was seemingly keen on bringing in his own team whilst the club want to stick with their own coaches, including Keith Downing and Dean Kiely.

West Brom have already held discussions with several candidates, former Osasuna boss Jose Luis Mendilibar and ex-Liverpool defender Mauricio Pellegrino have been mentioned as possible candidates, as has Paul Clement, who is currently assistant to Carlo Ancelotti at Real Madrid.

However, Malky Mackay is now being tipped as the favourite for the job after recently being sacked by Cardiff City, with the 41-year-old fancied to take over at the Hawthorns.

West Brom go up against fellow relegation-threatened side West Ham on Saturday, with Downing to continue as caretaker boss while the search for a new manager continue, and the club have released a statement thanking everyone for their patience on the matter.

“We are now progressing through the interview and short-listing stage. We plan to make an appointment at the earliest opportunity but our primary concern is recruiting the most suitable individual,” the club said.

“We are grateful for the professional manner in which Keith Downing, the coaching staff and the players have approached the last two games.”