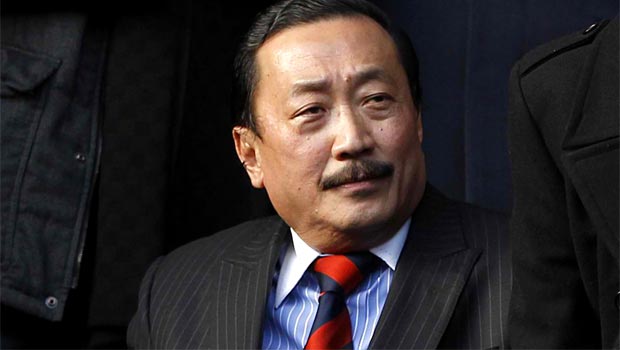 Cardiff City owner Vincent Tan has confirmed there will be extensive funds available for the new manager of the club.

The Bluebirds dismissed Malky Mackay on Friday after a long-running public dispute and the Malaysian businessman has insisted that the new successor will be provided with a healthy budget to rebuild the squad.

Chairman Mehmet Dalman has now been instructed to find a replacement for the relegation threatened side, who sit just one point above the relegation zone in 16th position after a 3-0 defeat by Southampton in their previous game.

Ole Gunnar Solskjaer is the leading contender for the post after putting contract talks with Norwegian side Molde on hold, while Sven Goran Eriksson and Murat Yakin have also been linked with the Cardiff hot-seat, but reports suggesting Yilmaz Vural could take the position are seemingly wide of the mark.

Current striker Craig Bellamy was asked by chief executive Simon Lim last Friday if he would take charge of the team on an interim basis should Mackay be sacked, but he rejected the chance.

A replacement is quickly needed for the Welsh side after claiming only one win in their last eight games in the league, a run which has seen them slip down the table, and the match against rock-bottom Sunderland on Saturday could prove to be a pivotal fixture for both sides as they look to move away from the relegation zone.

Cardiff have scored just two goals in their last five league games, and have conceded 28 so far this season, the third-worst defensive record, bettered only by Fulham who sit a place below them in the table, and Saturday’s opponents Sunderland.