Southampton: Saints are back on form, says Shaw 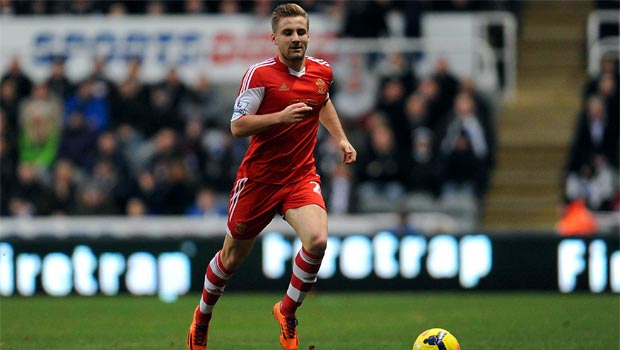 Southampton youngster Luke Shaw has said the team are on the up after ending a six-game winless run on Boxing Day.

The Saints, who enjoyed a fantastic start to the season, have endured a tough patch over the festive period, a run which had seen them fail to keep a clean sheet since the end of October and pick up only two points from a possible 12.

However, Mauricio Pochettino’s men stopped the rot on Boxing Day, claiming an impressive 3-0 victory over relegation-threatened Cardiff, a result which Shaw believes will help the club return to the form shown early in the campaign.

“It was a great win, and it was good to keep a clean sheet as well. It was one of our biggest games of the season,” he said.

“We’ve gone through a bad patch but hopefully we’ve now come out of that and things will be good from now on.”

“We’ve come off the back of a 3-0 win and a clean sheet while [Everton] have just had a bad result, so hopefully they’re going through the bad patch that we’ve just been through,” he added.

“They’ve been very good this season and have been challenging in the top five, so we know it’s going to be a very tough game, especially with them being at home.”

Southampton now travel to Goodison Park on Sunday looking to secure back-to-back wins in the league, a feat they have not equalled since the start of October when they defeated Crystal Palace and Swansea City.

Everton will be looking to put the 1-0 defeat to Sunderland on Boxing Day to rest with a win at home, but they will have to do without the duo of Tim Howard and Gareth Barry who are both suspended for the match.

The Saints could welcome back the trio of Dejan Lovren, Nathaniel Clyne and Dani Osvaldo in their pursuit of the teams above them, but Artur Boruc and Victor Wanyama are still on the treatment table and will not feature.