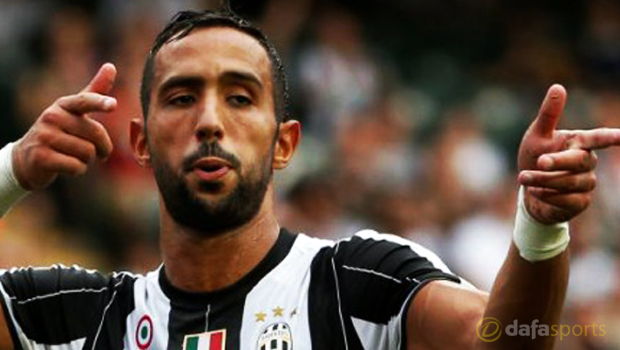 Juventus defender Mehdi Benatia says his side have set themselves the goal of winning the treble this season.

The Bianconeri have been the dominant force in Italian football over the last few years, winning five straight Scudetto titles, while last season marked the second year in a row that they also won the Coppa Italia to seal the domestic double.

Juve’s exploits on the continental stage have been less consistent, as despite reaching the Champions League final in 2015, they have failed to translate their domestic dominance into European results.

Benatia is another who has arrived, joining on loan from Bayern Munich. Ahead of the start of the new Serie A campaign, the Moroccan says Juve’s players believe they can win all three trophies this season.

He told reporters: “This is a team that was already strong, and I think it’s been strengthened with the arrival of Gonzalo Higuain in particular, as well as all the other quality players who joined the club this summer.

“Obviously when a club invests like that, the message is clear.

The priority is to win the league, because if we can do it this year it’ll be six consecutive Scudetti and that would be a record no other club has been able to achieve.

“Then there’s the Coppa Italia and the Champions League. I won’t hide that we want to win all the trophies we’re involved in and working for.”

Juventus are currently the clear 1.40 favourites to retain their Serie A crown and are 12.00 to win the Champions League.