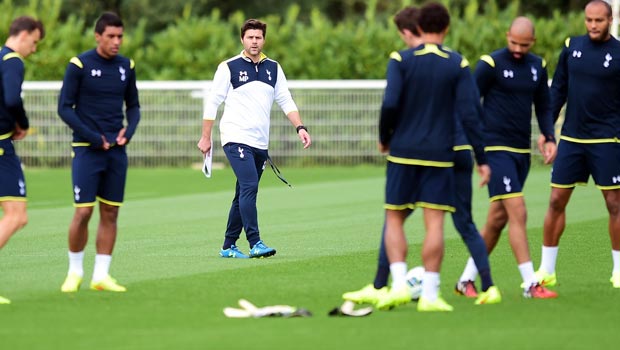 Tottenham Hotspur boss Mauricio Pochettino has confirmed that the club are hoping to sign more players before Monday’s transfer deadline.

Pochettino’s side sit top of the Premier League thanks to two wins from two games, with West Ham and Queens Park Rangers proving no match for them.

Spurs have already added five players to their squad this summer but Pochettino is eager to add more as he looks to secure UEFA Champions League football.

New summer signing Eric Dier has impressed since arriving from Sporting Lisbon while the north London outfit signed Federico Fazio from Sevilla on Wednesday for £8million.

Some sections of the media have questioned his decision to add another defender to his squad but the former Southampton boss insists the deal is right for the club.

He told The Sun: “We need to have different options in this position.

“All are different types of players, all have different characteristics. It’s important to add some players so you can choose, in every game, the best options.”

Despite already having a number of players at his disposal, Pochettino has hinted the club could finalise some late deals before the end of the window.

“We need to give balance to the squad,” the Daily Mail quotes the Argentine boss as saying.

“I don’t talk about names, never. I always say not to expect a lot of movement, but it is possible that we add some players, yes.”