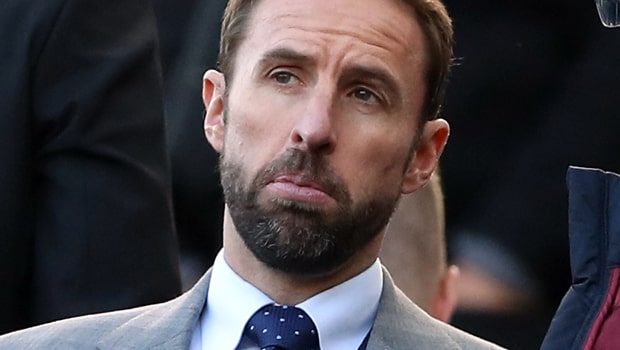 Gareth Southgate says his England team were ‘brave and mature’ during a sensational 3-2 UEFA Nations League win over Spain in Seville.

Raheem Sterling netted a brace either side of Marcus Rashford’s goal as England surged into a 3-0 half-time lead, leaving Spain stunned.

It was Spain’s first competitive loss on home soil in 15 years and Southgate told his players they should take real pride in the victory.

“For a very young team I thought it was an incredibly mature performance,” said the England boss.

“We knew it would be unlikely to get a result if we came here and defended for 90 minutes, so we needed to be brave on the ball.

We talked about the threat that our front three have, they need to believe in themselves, but then also we need to get the ball to them.

“We knew today the way that Spain press that we had to get the first couple of passes out. We ran the risk of losing the ball in front of goal but when we got out of that press we were a huge threat on the counter-attack. The quality of the play and the bravery of the players was the thing that pleased me the most.”

Having lost at home to Spain and drawn in Croatia, England were facing relegation from Nations League A4 if they lost in Seville.

They’ll now play their final game at home to Croatia knowing they could in fact top the group and qualify for next summer’s Nations League Finals.