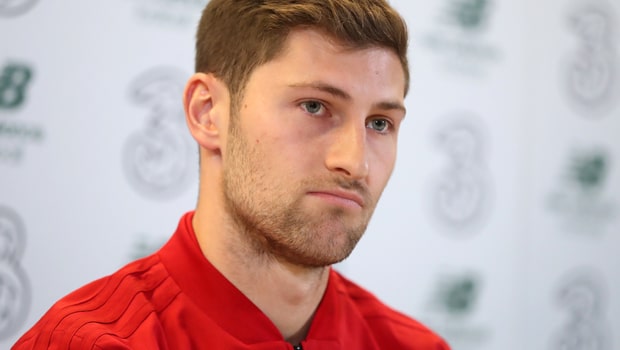 Defender Ben Davies says Wales need to bring intensity to their showdown with the Republic of Ireland in Dublin if they want three crucial UEFA Nations League points.

Ryan Giggs’ side head for the Aviva Stadium on Tuesday evening looking to complete a double over Ireland, having swept them aside 4-1 in Cardiff last month.

Ireland prop up the section, with Wales having lost to Denmark in their second game and the Danes taking a point from their visit to Dublin over the weekend.

The last time the two countries met at the Aviva Stadium in March 2017 World Cup qualifying points were at stake and an ugly tie produced plenty of controversy, with Irish skipper Seamus Coleman suffering a double fracture in his leg. Davies has no doubt that both sides will feel this is a game they can win.

“That game was a tough night,” he said. “But we’re expecting Ireland to come out all guns blazing trying to get the win.

“We are going to make it as intense as we can. We want to start on the front foot to try and win the game, and to do that you have to be as sharp as possible. I’m sure they’ll be thinking the same, 100 per-cent.”

Davies suggests the home side will play to their strengths, and he knows Ireland have quality lurking. “People can say what they want about the football, it’s about getting results at the end of the day,” he added.

“If that’s what they think it’s the best way to do it they can’t be knocked.

“Ireland make it really difficult for you. They play direct and put you under pressure constantly, but they’ve got quality as well.”