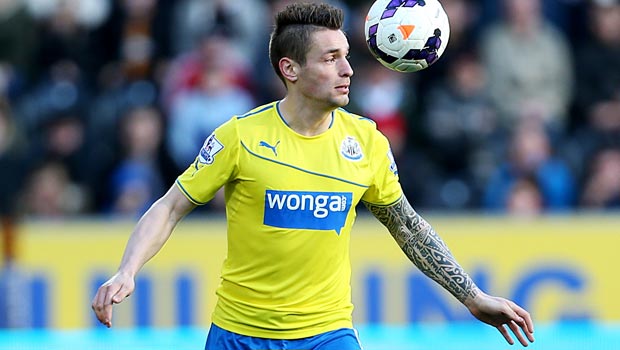 Mathieu Debuchy has set his sights on winning silverware with Arsenal after finally completing his move from Newcastle.

Arsene Wenger has been chasing the Frenchman all summer as a replacement for Bacary Sagna, who has joined Manchester City, and the deal is finally in the bag after Debuchy penned a long-term deal.

Arsenal have paid an undisclosed fee for the 28-year-old, thought to be in the region of £12million, and he cannot wait to get started with his new club.

Arsenal finally ended their trophy drought last season when winning the FA Cup and Debuchy believes that is just the start.

“I’m very proud to be joining a great club like Arsenal and to wear its colours, it’s one of the biggest clubs in the whole world,” Debuchy told Arsenal’s website.

“I’m looking forward to working with Arsene Wenger and to helping the team build on last season’s FA Cup success. Playing again in the Champions League is a big excitement for me and I will do my best to help Arsenal compete for trophies.

“I know that Arsenal can win titles every year. Winning the FA Cup last season was something magnificent, but I hope that it is just the beginning and that there will be more to come next season.”

Debuchy is the latest arrival at the Emirates as Wenger looks to build a side capable of winning the Premier League title.

The Gunners are priced at 7.50 to win the league and Wenger is delighted with his latest capture.

Wenger said: “He has shown he can perform at the highest level with his club sides and also for France. He is a quality defender who has good Premier League experience and I’m confident he will fit in very well with us.”