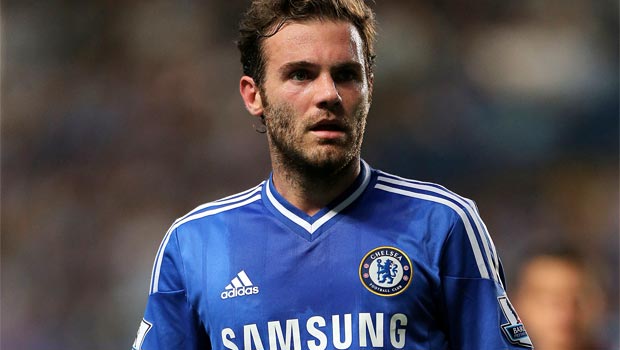 Juan Mata has completed his record breaking move from Chelsea to Manchester United for a fee of just over £37 million.

The Spanish midfielder, despite being voted Player of the Year for the past two seasons by Chelsea fans, has struggled to command a regular first-team spot at Stamford Bridge since the return of Jose Mourinho, who did not mind selling the playmaker to United, especially as the two teams have already met twice in the Premier League this season.

Mata will be handed the number seven shirt worn by some of the biggest names to grace the Old Trafford turf in the past such as George Best, Eric Cantona, David Beckham and Cristiano Ronaldo.

The £37.1 million fee beats the previous record of £30.75 million shelled out by United for Dimitar Berbatov six years ago, and it will be money well spent if Mata provides the same level of service as he did for Chelsea, having scored 32 goals in the last two seasons.

With United only seventh in the table at present, manager David Moyes will see this as a major boost to United’s wilting title ambitions.

“Juan is one of the finest playmakers in the game today and it’s a real pleasure to have secured his signature,” said the former Everton boss.

“I have been impressed with the excitement he has shown to be part of the new Manchester United. I know our fans have admired Juan for some time now – he has always played well against us – and I know they will be delighted to see him in the red of United, starting on Tuesday.”

Cardiff City are the visitors in the aforementioned match, and of course they are now managed by another former United idol, Ole Gunnar Solskjaer, who is sure to receive a warm reception.