Martinez: Lukaku will get some rest against Belarus 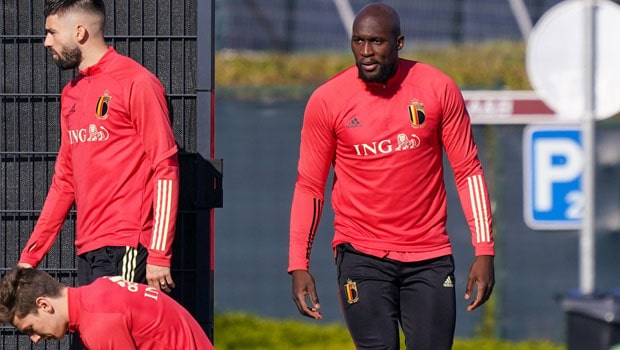 The Nerazzurri highest goalscorer played 90 minutes in the 1-1 draw against the Czech Republic last Sunday.

This is welcome news to Inter Milan. The former Manchester has become an important player at the San Siro club after scoring 23 goals. He is arguably important to his country, having scored 34 goals in his last 29 international appearances.

To avoid fatigue when he returns to his club, the 27-year-old has been guaranteed some rest in the FIFA World Cup qualifier.

Speaking at a Press Conference ahead of the game, Martinez expressed certainty that the lanky striker will not play 90 minutes.

While noting that the national team will be playing three games in six days for the first time, the coach said it would be difficult for the striker to play three full games.

There are currently ten first-team members of Inter Milan on international duty this week. Conte will be looking to prepare for Serie A title run-in after their last game could not hold due to COVID-19 cases in their camp and their opponents.

Meanwhile, five Inter players will be returning to the camp on Wednesday ahead of their weekend fixture. According to reports in the Italian media, Conte will welcome Lukaku, Milan Skriniar, Ivan Perisic, Marcelo Brozovic, and Achraf Hakimi. The players would have concluded their international engagement by Tuesday and are expected to arrive at the club on Wednesday.

Brozovic could return earlier because Croatia boss Zlatko Dalic had already said he would sit out their FIFA World Cup qualifier match against Malta today.

Next on the schedule of Inter is a visit to Bologna. Conte will be hoping to have all his starters fit for the game.

After two days off, training has resumed at Appiano Gentile. Danilo D’Ambrosio, Stefan de Vrij, and Matias Vecino are still recovering from COVID-19 yesterday, while Samir Handanovic is back in the team after returning a negative test. He is therefore expected to be in line to start in goal at the Stadio Renato Dall’Ara.