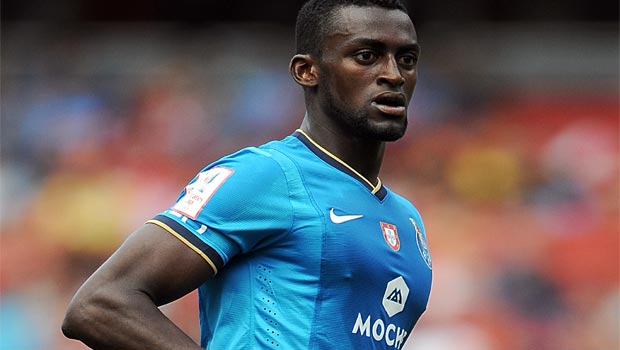 Jackson Martinez is seemingly trying to engineer a move away from FC Porto ahead of the January transfer window after declaring his desire to play in the Premier League with either Arsenal or Chelsea.

The Colombian striker has been in outstanding form for the Portuguese giants since an $11million switch from Mexican outfit Chiapas in the summer of 2012.

The 27-year-old has bagged an incredible 38 goals in 44 games in all competitions for Porto, which includes 14 in 20 this season to help the Dragons up to second in the table, level on points with leaders Sporting Lisbon.

Martinez has been linked with a move away from the Estadio do Dragao before, and the time appears to be right for the player to consider moving on as he has expressed his desire to play for one of Europe’s big guns.

“Where would I like to play?” Martinez told La Gazzetta dello Sport.
“When I was a child I rooted for Chelsea and Arsenal.

“I think the best championships are La Liga, the Premier League and Bundesliga, which has grown much in recent years.

“But I also really like Serie A and have many friends in Italy.”

Martinez is sure to come at a cost as his goal-scoring heroics have resulted in a huge buy-out clause in his Porto contract, should would-be suitors be able to tempt a sale.

“My £34million buy-out clause seems a huge amount,” he went on to add.

“In one year my value has exploded. I did not expect to do so well.”

There has been plenty of speculation over Chelsea and their forward options with Fernando Torres, Demba Ba and Samuel Eto’o all struggling to hit the heights this season, even though the Blues are just two points off top spot in the Premier League.

Arsenal might be a more likely destination though with Arsene Wenger believed to be looking to bolster his forward options, with only Olivier Giroud and Nicklas Bendtner his out-and-out strikers.