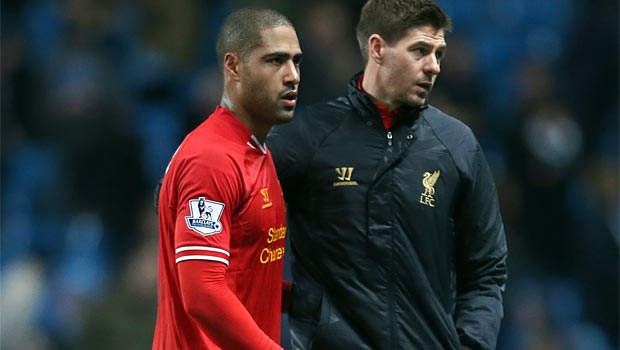 There are plenty of talk this season about whether Liverpool are genuine title challengers but Steven Gerrard moved to stress the importance of qualifying for Champions League, indicating that it still remains the top priority for club.

The Reds have enjoyed a fantastic start to the season and find themselves on top of the pile at Christmas – with the last four teams to hold that position all going on to win the title.

Liverpool were in fact the last team not to have converted – in 2008 – but it is hard to argue that this season is a position of strength as only two points separate the top five teams in the table, and that of course does not include the likes of Tottenham or Manchester United.

The Reds’ captain though is perhaps trying to quell expectations at this stage by insisting that a top-four finish remains the key target this season.

“I think if we were to finish outside the top four I think it would be a disappointing season,” Gerrard told Sky Sports News.

“With the talent we’ve got in the squad and the way we’ve started, we’ve set ourselves up with a magnificent chance of finishing in the top four so if we were to let that slip and finish outside everyone would be disappointed.

“The key to us is to finish inside the top four, it helps the club financially to bring players in and to end that long spell without it.”

Gerrard is not ruling out an end to Liverpool’s title drought as he insists that they can ‘surprise a few people’ this season but has insisted it is still too early to talk about it.

Gerrard is of course currently sidelined at Anfield and will miss the sternest of tests of their title credentials – a trip to Manchester City on Boxing Day – with Daniel Sturridge, Jose Enrique and Sebastian Coates also absent.

Jon Flanagan is also struggling to make it after sustaining a hamstring strain against Cardiff over the weekend, although Sergio Aguero, Matija Nastasic, Pablo Zabaleta and Micah Richards are unavailable for City.