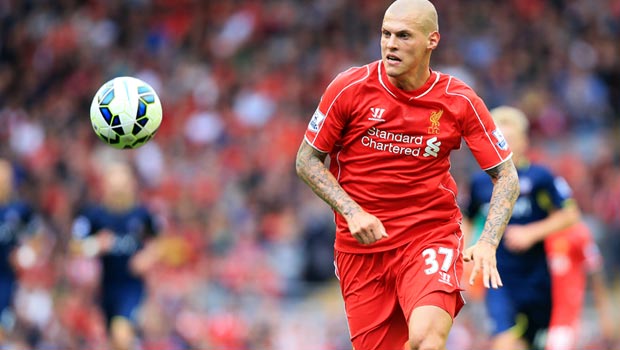 Liverpool defender Martin Skrtel has urged his side to improve defensively as a team as the Reds try to win the Premier League title this season.

Brendan Rodgers’s side were exposed on Sunday as they just managed to get past Southampton. The Merseyside club won 2-1 thanks to goals from Raheem Stirling and Daniel Sturridge but their defensive work was well below their best.

Rodgers has added Javier Manquillo and Dejan Lovren to his back line this summer but Skrtel believes the blame shouldn’t solely be on the defence.

The centre-back believes his side must learn how to defend as a team but he is confident they can overcome their problems in the next few weeks.

He said: “Obviously it hurt but it’s not only about the back four, it’s about the team and defending as a group.

“Because we conceded 50 goals (last season), some people are blaming the back four, but it isn’t just about the back line, it is about defending as a team and that’s the big thing that we need to improve.

“If we do that we will stop people from talking about the defence. If we can do that and also cut out some of the individual mistakes it will make a big difference.

“We are a team that likes to attack and a lot of players like to get forward so that is maybe something that we need to work on because not everyone can go forward, sometimes you have to defend too.”

Skrtel will be hoping Liverpool can improve their defensive woes this season as they look to win the league after missing out last year.

The Reds can now be backed at odds of 13.00 with Dafabet to win the Premier League ahead of rivals Chelsea, Manchester City and Arsenal.