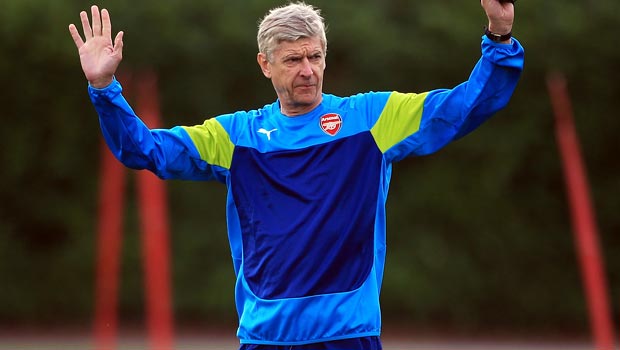 Arsenal manager Arsene Wenger branded Aaron Ramsey’s sending-off “unacceptable” after his side drew 0-0 with Besiktas on Tuesday night in their Champions League play-off.

The Gunners, 5.80 to win the Premier League, managed to keep a clean sheet at the Ataturk Olympic Stadium ahead of the second leg at the Emirates next week.

Wenger’s side were below their best but worked hard and could have snatched it when Alex Oxlade-Chamberlain went close late on.

The England international hit the post with minutes to spare but Wenger was stunned by Ramsey’s red card, with the Welshman now set to miss next week’s return leg.

Referee Milorad Mazic felt he had no choice after Ramsey pulled back Oguzhan Ozyakup but Wenger questioned the decision.

He told Sky Sports: “It’s not serious to get the second yellow card when you see the kind of fouls they have made today.

The Frenchman was quick to praise his team’s opponents but he is confident his side will finish the job next week after seeing his side improve from their 2-1 win over Crystal Palace.

“It was a difficult game, played at a good pace, a frenetic pace, from the first to the last minute and we could have won it,” he added.

“We had chances to win the game, but we couldn’t do it.

“They had chances as well in the first half especially, but in the end we didn’t lose the game and hopefully we’ll make it at home.”