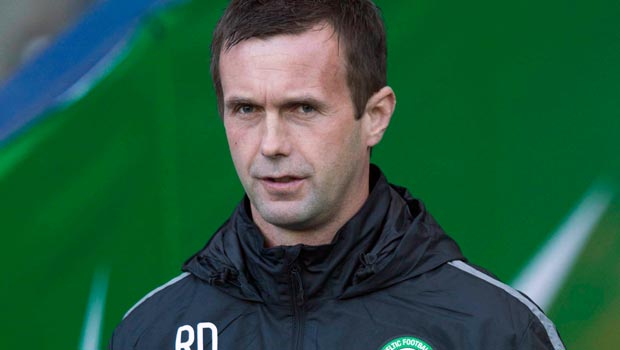 Celtic boss Ronny Deila was “satisfied” with his side’s 1-1 Champions League qualifier draw against Maribor in Slovenia and feels it is a “good result” in their bid to reach the lucrative group stages.

The Hoops were looking to take advantage of the new opportunity handed to them in Europe having been reinstated by UEFA when Legia Warsaw were thrown out for fielding an ineligible player in their 6-1 aggregate mauling of the Scottish champions in the previous round.

And they were handed a dream start when 21-year-old Callum McGregor scored after just six minutes of the game.

Damjan Bohar levelled an open game on 14 minutes, with both sides having chances to add to the tally throughout before settling for the draw.

Celtic will now return to Celtic Park for next Tuesday’s second leg and Deila feels they are in a good position to progress in front of their own supporters.

He said: “We were well prepared and the players were fantastic for 90 minutes.

“We looked like a team, worked hard together and created chances. It’s a good result but we could have won it.”

“We were closing to win more than they were,” added Deila.

“I think we have to be more satisfied team. The away goal is vital, 1-1 is a much better result than 0-0.

“We learned a lesson in Legia, it was very early in the season and you try things but it is not just the system, they are fitter now and they know what is expected. It is getting better.

“Maribor are a very good team who are good on the counter attack but we were well-organised and disciplined.

“They will be more dangerous away than at home but we have the advantage of Celtic Park. We have to play with good balance and attack them in the right way.”

Celtic now return to Scottish Premiership action with a trip to Inverness on Saturday and are priced at 1.51 to pick up three points. Caley Thistle can be backed at 6.65 and the draw is on offer at 3.74.