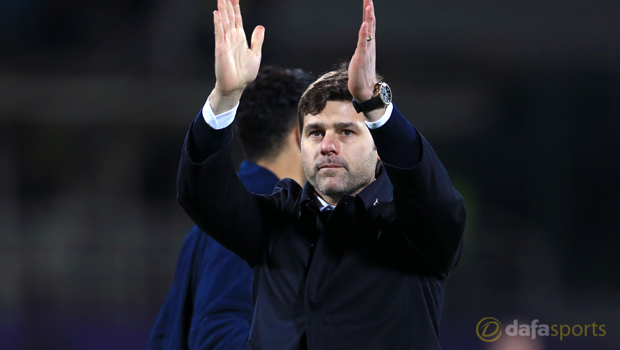 Tottenham Hotspur boss Mauricio Pochettino says he has enough quality in his squad to compete for both the Premier League and Europa League crowns.

The Argentine watched his side ease past Fiorentina into the Europa League last-16 with a 3-0 success at White Hart Lane before vowing to treat both competitions the same this season.

Spurs have emerged as genuine Premier League title contenders this season and they took a giant step forward in that race with a win at Manchester City in their most recent league outing.

They are just two points behind leaders Leicester and will tackle Swansea, Arsenal and West Ham before their European gets underway again on March 10.

Pochettino says that while fans may have their favourites, his players have to treat each game the same.

“It’s true that maybe for the supporters the Premier League is more important but we need to show we respect both competitions,” said Pochettino. “I think we have enough quality and a big enough squad that we can do both.

“Why prioritise one of them? We have ahead three important games in the Premier League, and then we will think about the next round of the Europa League.”

Pochettino is hopeful that Harry Kane will recover in time to face Swansea on Sunday having missed the Fiorentina clash.

One man that will certainly miss the last-16 first leg in Dele Alli, after the teenager was booked for diving against the Serie A side. Pochettino felt the yellow card was unjustified.

“Like you all and the people in the stadium, I thought it wasn’t a yellow card,” said Pochettino. “I think it was a foul for us. Sometimes the referee can make a mistake but now we will miss him for the first leg.”

Spurs are 1.44 to beat Swansea on Sunday while they are 3.50 to win the Premier League this season.