Martin O’Neill: ‘Desire is clearly there ‘ 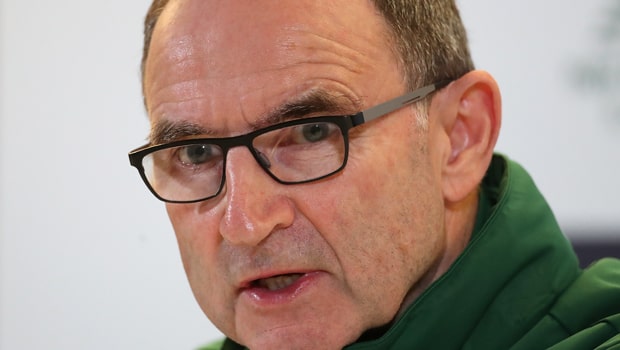 Martin O’Neill says his Republic of Ireland squad is short on technical ability but clearly not lacking in heart.

Ireland picked up their first UEFA Nations League point after a stalemate with Denmark in Dublin on Saturday night and on Tuesday evening they’ll welcome Wales to the Aviva Stadium.

Despite earning just that single point from two games, O’Neill strongly refutes the suggestion that he has written off the Nations League in the wake of last month’s 4-1 drubbing in Wales.

“We set out in the competition to try to do well. We were well beaten in Wales, but we have the chance now to win a match at home, so let’s do it, let’s try to win it. If we do that, we’re right back in it,” O’Neill said.

Seasoned campaigners such as skipper Seamus Coleman, Stephen Ward, Robbie Brady, James McCarthy and Jonathan Walters are all missing through injury but O’Neill says those that are present will play for the jersey.

“The one thing about the players, I feel as if they want to play for their country, and that’s really, really important,” he added.

“Most players do, to be fair, but this group of players, certainly in my time here, have shown an incredible willingness to do it “Technically, we’re short, we know that. On technical ability, we’re short, and I think everybody can see that.

“But we’re not short of heart. We wouldn’t have got where we have unless these boys wanted to do everything they possibly can when they’re here wearing the shirt.”