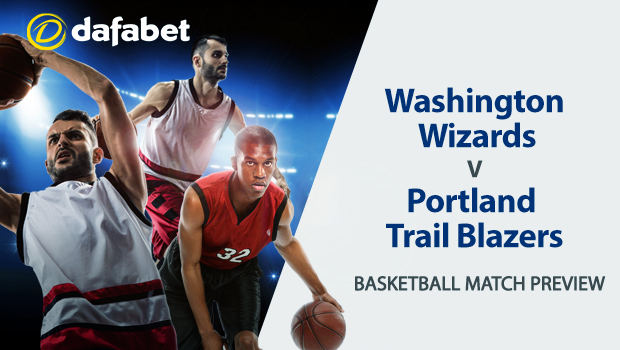 The Washington Wizards west-coast road trip tips off in Portland monday night as they get set to go against a Blazers team coming off a 121-108 home victory over the San Antonio Spurs. The Wizards lost their last time out, 117-113 to the Toronto Raptors.

Betting on the Total: Odds — at 2.00 — indicate there’s a 50 percent chance the total combined score stays below 225.5. That happens in about 57 percent of AccuScore sims, suggesting some added value on the pick. The UNDER is a one-star (out of four) AccuScore hot trend pick.

The average combined score in AccuScore sims is 220.

Hot Start: The Blazers are looking to start the season 3-0 with Damian Lillard averaging 28.5 points per game through the first two. His production is more of a constant at this point in his career, though, so it has been Portland’s bench production that’s been the x-factor. Portland’s second unit had 41 points against the Spurs on Saturday.

Weak Inside: Watch for Portland’s Jusuf Nurkin and Zach Collins to have a big impact in this game. Dwight Howard is still out with a back injury, with Ian Mahinmi filling in for the time being. Mahinmi is averaging four fouls per game so far, so watch for Portland to attach the paint early and often to set a tone.

Recent Matchups: Bradley Beal averaged 38.5 points per game in the two contests vs Portland last season. Will he have the same kind of impact this year?

John Wall averages 17 points, 8 assists and 3 turnovers for the Wizards.

Odds — at 1.88 — indicate there’s a 53 percent chance the Blazers cover a 4.5-point spread. They cover that in over 66 percent of AccuScore sims, suggesting some added value on the pick. Portland covering is a three-star (out of four) AccuScore hot trend pick.