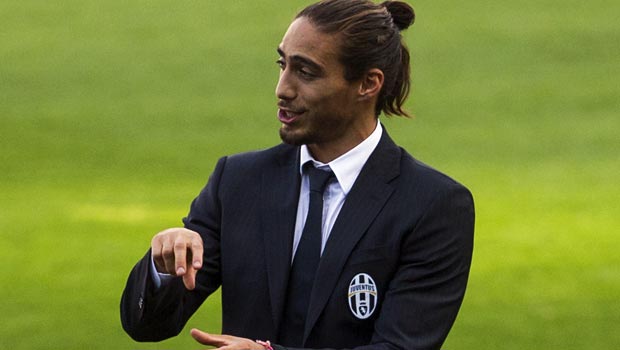 Juventus have been hit by the news that defender Martin Caceres will miss the next month of action after suffering a thigh injury.

The Uruguayan picked-up the problem during the opening stanza of Saturday’s 3-2 win over title rivals Roma, eventually being withdrawn by manager Massimiliano Allegri at half time.

Juventus, who are the 1.60 favourites to win a fourth straight Scudetto, have now confirmed that after being checked over by the club’s doctors, the 27-year-old faces four weeks on the sidelines while the injury heals.

“Martin Caceres underwent medical tests after departing Sunday’s clash with Roma due to an injury sustained during the closing stages of the first half,” said a statement on Juve’s official website.

“These examinations have revealed a first-second degree tear of the semitendinosus muscle in the defender’s left thigh. He is expected to be out of action for approximately four weeks.”

Caceres has impressed so far this term for the Bianconeri, deputising impressively in the absence of stalwart Andrea Barzagli, and his versatility means he could become even more important for the three-time Serie A champions once Allegri tries to adapt his formation to include a back four to help boost their chances of success in the Champions League.

Juventus are the current favourites to win this year’s Serie A title but injury issues haven’t helped them this season and it looks as if the race to top the standings is only going to be tighter with Roma heavily strengthening over the summer.

Despite the injury to the former Barcelona man, Juve’s upcoming domestic fixtures shouldn’t cause them too much difficulty with their next outing coming away at Sassuolo who they are 1.41 to beat, with the draw 4.20 and the Neroverdi 8.15 to take the points.