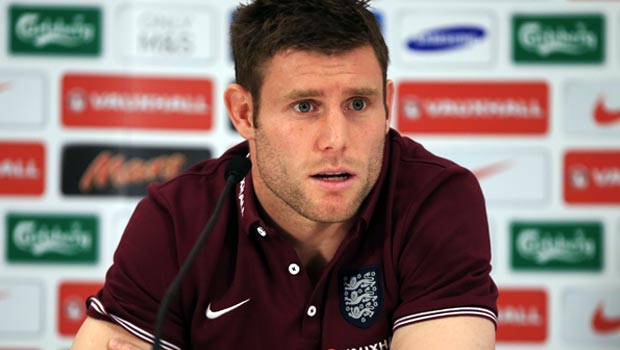 James Milner believes England’s World Cup heartache has made the squad stronger as they continue their quest to earn a place at Euro 2016.

Despite high hopes for Roy Hodgson’s troops as they headed to Brazil, the Three Lions were extremely disappointing, taking just one point from their three group games to crash out in the opening stages.

However, despite the retirements of veterans Steven Gerrard, Frank Lampard and Ashley Cole, the team now appears to have newfound positivity and got their campaign for a place in France in two years time off to the perfect start as they defeated Switzerland in their opening qualifier.

Next up is Thursday’s clash with San Marino before Sunday’s meeting with Estonia, two games England will be confident of winning as they look to justify their standing as the current favourites to win Group E at 1.21.

At 28, Milner is now one of the senior members of the squad and feels the pain of being eliminated so early in the summer has made the spirit within the camp even stronger.

“The talk around England when we went to Switzerland was not great, but that’s when we showed our team spirit, got a great result and played very well,” he told a press conference. “Teams with less spirit and less togetherness might not have got that result, but we did.
Coming out of bad times in a tournament is when you need your team spirit

“There are a lot of players in the squad who have played together at club and at youth level and it is a very tight-knit group. After dinner, a lot of us stay, sit around and talk and enjoy each other’s company. That’s what you want.”