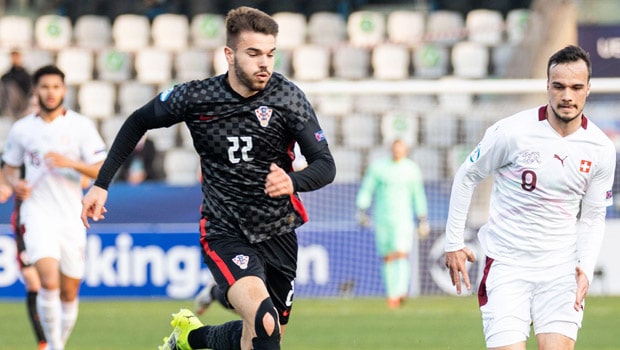 Mario Vuskovic is on the verge of completing a transfer from Hadjuk Split to Celtic.

19-year-old defender Mario Vuskovic is set to move to the Scottish football club this summer transfer window. The Hadjuk Split defender could put pen to paper as early as this week in a transfer deal reported to be worth €6 million.

Media outlets report that Celtic will pay €5 million upfront for the centre-back, then €1 million will be paid on possible performance and appearance-related bonuses in the future.

Me Celtic boss Ange Postecoglou recently reiterated the dire need to reinforce his squad. The 55-year-old Greek coach needs to sign new players as a Champions League qualifying showdown with Midtjylland comes up in less than four weeks’ time.

Vuskovic could be a useful asset to the Hoops. The young Croatian defender joined RNK Split academy before he moved to the academy of Dalmatian giants Hajduk Split in 2016. Although he started his career as a defensive midfielder, he was moved back to the centre-back position in the youth teams. He is said to have so much potential and could go on to have a great career in the future. In fact, he was included in The Guardian’s Next Generation og talented young footballers list on October 2018.

Vuskovic has attracted a lot of interest from various Serie A clubs, most notably Napoli and Torino. However, it looks like Celtic would be the ones to land his signature.

In other Celtic transfer news, Olivier Ntcham was supposed to move to AEK this summer, but the deal might be called off.

Media reports from Greece are saying that AEK would prefer to sign the French midfielder on a free transfer.

Celtic are trying to get a fee for the former Manchester City youth player, as he has just 12 months left on his contract before he can leave for free.