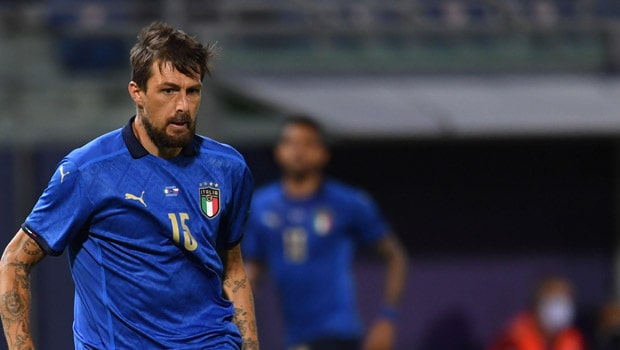 It is no longer news that Belgium has eliminated European champions Portugal from the ongoing Euro 2020 courtesy of a 1-0 win in the last 16.

Belgium, the number one ranked team, got the tie through Thorgan Hazard three minutes to the end of the first half. This means that Belgium will now trade tackle with Italy on Friday in the quarter-finals of the competition. The Azzuri scaled through the last 16 after defeating Austria in the extra time of the last 16 tie.

The recent development has been the fear of some part of the Italian team. Center-back Francesco Acerbi, who is already familiar with the threat Romelu Lukaku carries had before the Portugal-Belgium game, hinted that he would prefer Portugal in the quarter-finals because it is more difficult to mark Lukaku than Cristiano Ronaldo.

Lukaku had helped Inter Milan to their first Scudetto in ten years, scoring 24 goals in the league and 30 goals across all tournaments in the process. Lukaku has been a thorn in the flesh of many Serie A teams. If he is not scoring, he is known for his ball retaining ability, thereby inviting his team to attack.

Now that Belgium has qualified for the quarter-finals, the Lazio defender will have to figure out how to stop the bulky striker from wreaking havoc.

Italy has been one of the favourites for the trophy. But now that the Netherlands shockingly lost to the Czech Republic and Portugal out of the way, the tournament is now seeing the separation of boys from Men.

Thus, Acerbi’s headache will now be Lukaku. He said he is more difficult to mark because he has more physique and power than Ronaldo, a classic forward but more markable than Lukaku.

Cassano, who scored ten goals in 39 caps for Italy, was part of the squad that played in three European Championships between 2004 and 2012. The former Inter Milan striker told BoboTV that he said that they are likely to meet either Spain or France in the semi-finals even if they scale past Belgium in the quarter-finals.