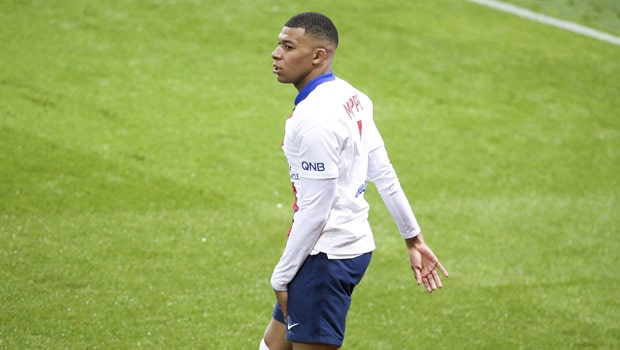 Premier League side Liverpool are reportedly showing interest in Paris Saint-Germain and French forward Kylian Mbappe after inquiring about the 2018 World Cup winner.

Kylian Mbappe, who is with France at the Euro 2020 and understandably left out of the Olympics squad for the Les Blues, now has just a year left on his contract at the Parc De Princes.

Former Liverpool star Gini Wijnaldum joined the Paris club this summer and more players are being linked as they hope it will convince the former Monaco man to resist the approach from Real Madrid and elsewhere.

However, Liverpool is giving a deal for Mbappe a try by first enquiring about his availability but the Reds can’t make a bid unless they offload players currently in the team.

After bringing in Diogo Jota from Wolves last season, Jurgen Klopp’s side will need to ease the wage burden, a task which has started with Wijnaldum’s exit.

Mohammed Salah and Sadio Mane remain key to the Liverpool squad but it is believed that a swap involving either player could possibly tempt PSG to trade Mbappe.

Liverpool had a below-par 2020/2021 season as they quickly fell out of the race to defend their Premier League title which Manchester City won.

The UEFA Champions League didn’t fare any better as they got knocked out of the competition at the quarter-final stage by Spanish side Real Madrid.

However, realistically, Liverpool has started negotiations for PSV’s Dutch forward Donyell Malen who is valued at £34m while the Reds are also monitoring Lille’s Portuguese Midfielder Renato Sanches as a replacement for Gini Wijnaldum.