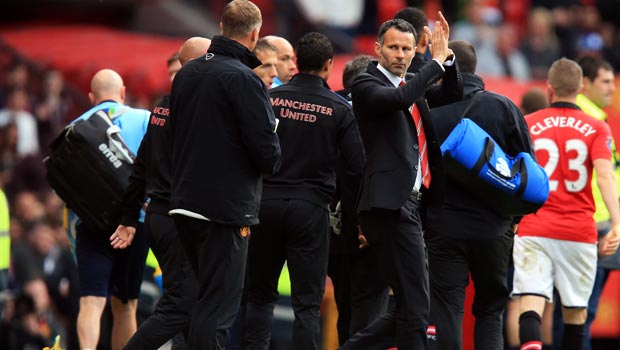 Ryan Giggs says he is confident that Manchester United will put this disastrous season behind them and challenge for the Premier League title again in the next campaign.

United won the title with relative ease last season but following the departure of Sir Alex Ferguson and subsequent appointment of David Moyes, the Reds have struggled.

So much so they will miss out on European competition altogether, never mind challenge for the title, and that resulted in Moyes losing his job.

Giggs has been handed the job over the remaining fixtures and although it remains to be seen if he will get it more long-term, he is predicting a return to normality next season no matter what.

“We’ve got everything in place to have a successful season next year. We’ve certainly got the players,” he said.

“It’s going to be hard, obviously, because we’ve had a tough season and obviously the lads at Liverpool have improved and other teams around us have improved.

Giggs also blasted some suggestions that United are now a side in decline.

“Where did Liverpool come last year, seventh? Who would have said they would be where they are this year, so a lot can change.”