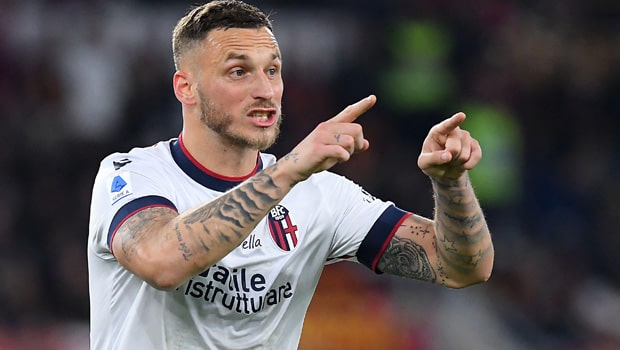 Manchester United have stopped their pursuit of Austrian and Bologna forward Marko Arnautovic after negative reactions from the Red Devils fans and Bologna’s asking price for the former West Ham and Stoke City forward.

Marko Arnautovic was Bologna’s top scorer last season, scoring 15 goals last term, and Erik Ten Hag spoke of the possibility of Manchester United signing him after their 2-1 loss to Brighton on Sunday in their Premier League opener.

Ten Hag had managed Marko Arnautovic at FC Twente in the Dutch league, but with fans seriously opposing the move and Bologna’s high price tag for the 33-year-old, the Red Devils have made a swift U-turn.

Cristiano Ronaldo also couldn’t play as he was not fit enough for the game, having only tested 45 minutes of action during the pre-season as he sought to move away from Manchester United in search of UEFA Champions League football, although that did not work out well for the former Real Madrid striker.

On a bigger scale, Manchester United have now turned their attention to PSG player Andre Rabiot who will be out of contract at the Ligue 1 club next summer. United has made a £15M bid for the 27-year-old.

Lazio midfielder Sergej Milinković-Savić is their other target, while Benjamin Sesko has now signed a deal to join RB Leipzig Germany from RB Salzburg.

Asides from Danish midfielder Christian Eriksen, Manchester United have only been able to sign Tyrell Malacia from Feyenoord and Argentina defender Lisandro Martinez.

All three players had their Premier League debut in the 2-1 loss to Brighton at Old Trafford. It was the Seagull’s first win over Manchester United in the Premier League in their history as Pascal Gross scored a first-half brace.