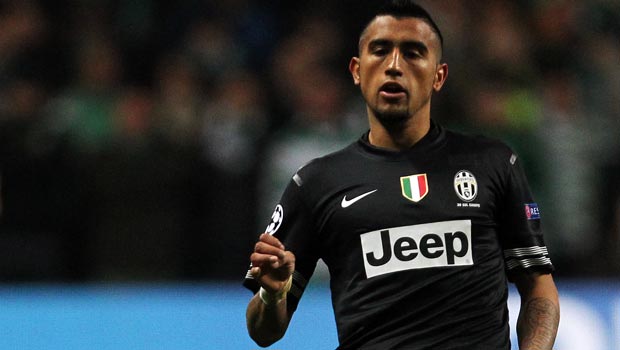 Manchester United have cooled their interest in Juventus midfielder Arturo Vidal because of concerns over the player’s knee, according to Chile boss Jorge Sampaoli.

United have been linked with a big-money move for Vidal all summer after his return from the World Cup with Chile.

Juventus repeatedly denied the player was for sale, but widespread media reports in Italy and England claimed the Italian champions would be willing to sell their prize asset for 60million euros (£47m).

There was further speculation last week that Vidal, 27, had undergone a medical ahead of a move to Manchester United as the club ran the rule over his recent injury history.

Vidal is known to have issues with both his knee and his ankle and rushed surgery on his right knee in May in order to be fit for the World Cup.

His coach for this summer’s finals, Sampaoli, believes United have concerns about his recovery from the operation and are wary of parting with a large sum of money for him.

“The problem in Vidal’s transfer from Juventus to Manchester United for 80 million dollars is the doubt that Van Gaal has with respect to the improvement of Arturo’s knee,” Sampaoli is quoted as saying by Chilean newspaper El Mercurio.

At the time of Vidal’s operation, Universidad de Chile’s team doctor described it as “a hasty procedure” and said “it would always bring with it a regression in his final recovery”.

On Tuesday, Vidal appeared to end speculation over his future by posting an image with his Juventus team-mates on social media with the caption “I’m happy to stay here!”

Juventus are 1.80 to win Serie A for the fourth time in a row next season.