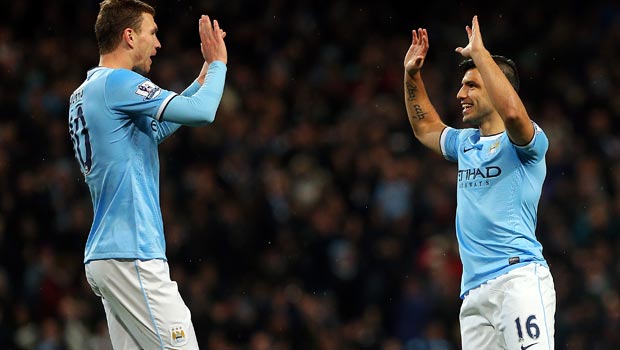 Sergio Aguero is confident that Manchester City have the ability and desire to claim the Premier League title again this season.

After winning the league in dramatic fashion on goal difference in the 2011-12 campaign, the Citizens were disappointing in their defence, losing out to local rivals United by 11 points, with rumours of quarrels within the squad.

That failure resulted in manager Roberto Mancini losing his job, with Manuel Pellegrini taking over the reins in the summer and the Chilean has certainly impressed, restoring some of the attacking panache that the club has been famous for over the years and they are now the 1.72 favourites to lift the trophy on May 11.

City currently sit third in the table, five points behind Liverpool, although they do have two games in hand and will have the perfect chance to close the gap on the Reds when they travel to Anfield next Sunday.

Before that they meet Southampton on Saturday, a game they are 1.32 to win with the draw 5.02 and the Saints priced at 8.83 to cause an upset at the Etihad.

After a few shaky spells, which have often coincided with the absences of both Aguero and talismanic leader Vincent Kompany, City seem to be finding themselves again at just the right time and the Argentine striker believes the current atmosphere within the squad means they are ready to claim their second title in three seasons.

“The more you play, the more experienced you become,” he told FourFourTwo magazine. “You must learn from your mistakes and not repeat them.

“Obviously no one expects to be level on points going into the last game of the season, but we know we have the mentality to repeat 2012.”