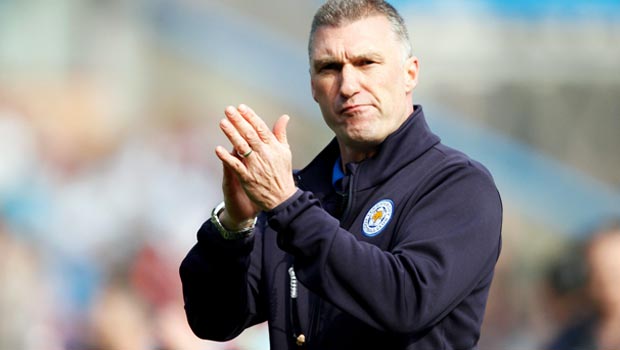 Nigel Pearson believes the commitment within his Leicester squad has been the key component in their march towards the Premier League this season.

The Foxes currently sit seven points clear at the summit of the Championship table and with third-placed Queens Park Rangers a further nine adrift, they could find themselves promoted this weekend if results go their way.

Leicester, who are currently the 1.02 favourites to win the division, haven’t been in the Premier League for 10 years and in that time have experienced plenty of turmoil both on and off the pitch, even dropping down to League One in 2008.

Pearson guided them back to the Championship the following year and then returned to the club in 2011 following a spell at Hull and has since masterminded their recovery in the aftermath of a fairly disastrous stint under Sven-Goran Eriksson.

During that time the Swede signed a number of big names who simply didn’t perform and the 50-year-old’s first job when he came back to the King Power Stadium was to remove what he perceived as any dead wood.

Pearson’s side take on his former club Sheffield Wednesday on Friday, a game they are 1.47 to win, with the draw 4.04 and the Owls 6.57, and the manager says the performances from his team this season have shown him that he will be able to rely on them next term.

“It is all right having good players but they have to be the right sort – they have to have the same goals and, when things get tough, they have to be prepared to keep those values going,” he told the Leicester Mercury.

“As a group of players, they have matured and we have added experience as well.

“You can’t build a team overnight. It has taken time to build a squad of players good enough. We have some quality at this level and I do believe a lot of our players are capable of making the step up when we achieve that.”