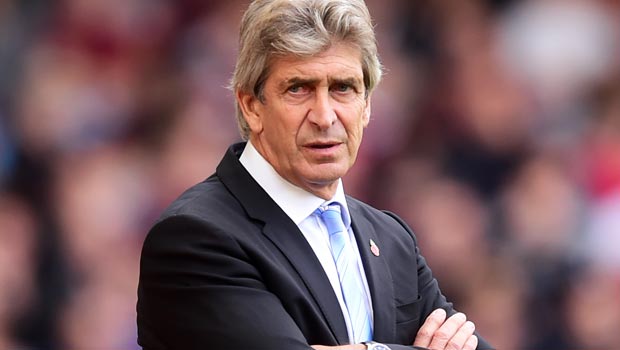 Manchester City manager Manuel Pellegrini insists the title race is far from over despite his side’s surprise 2-1 defeat at West Ham United on Saturday.

City’s three-game winning streak came to an end at the Boleyn Ground as the reigning Premier League champions fell to their second defeat of the season.

The title holders are now third in the table and six points behind leaders Chelsea, who would have moved further clear had they not drawn at Manchester United on Sunday.

Chelsea appear to be the dominant force this season but Pellegrini is refusing to rule his side out of the running for the title and says too much is being read into the result at West Ham.

“We must continue playing as champions. Nothing happened (was decided) (at West Ham), in a game where we had four, five clear chances to score.”

Pellegrini admits Arsenal could still have a say in the Premier League title race this season, despite Arsene Wenger’s side already falling nine points behind Chelsea after nine games.

“We have 87 points more (to play for) to try and continue adding more points to our team,” he added. “It is not only Chelsea, (but also) Arsenal, so we will see what they do in the future.

“At the final (game), the team that wins more points will be the champion.”

Manchester City are priced at 4.10 to win the Premier League season with Chelsea the hot favourites at 1.38, while Manchester United and Arsenal can both be found at 25.00.