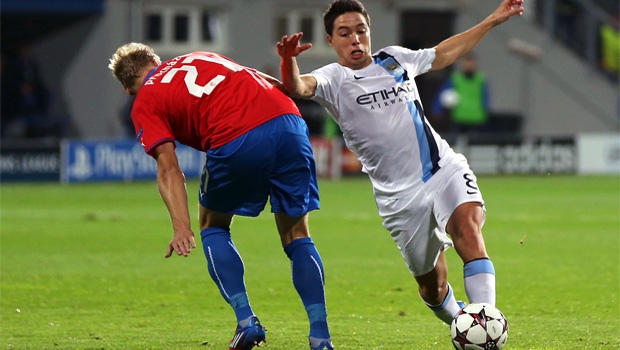 Manchester City begin their Champions League Group campaign away to Viktoria Plzen aware that they need to improve on the road.

City endured a fruitless campaign in the competition last season, failing to win a game in a group that contained Real Madrid, Borussia Dortmund and Ajax.

However, of this season’s three Group D rivals, only Bayern Munich can be considered tough opponents, with CSKA Moscow and tonight’s rivals both beatable.

However, Plzen came through three qualifying rounds to get this far, and have won 10 of their last European matches at the Doosan Arena, so the Czech champions are no mugs, and Manchester City will not need reminding that they themselves failed to win 10 times away from home in the Premier League last season.

That poor run continued into this term with a defeat at Cardiff and only a share of the spoils at Stoke, so despite new coach Manuel Pellegrini having a host of big names at his disposal, it is hard to be confident about City getting the job done against a side that beat Napoli 5-0 on aggregate in last season’s Europa League.

City right-back Pablo Zabaleta is hopeful that his side can progress after a couple of tough seasons in Europe.

He said: “It is important to win tonight, to try to get three points.

“To start winning is important because then we have got Bayern Munich at home.

“I think it is another chance for this club, for this team, to do better in the Champions League.

“From what happened the last two years in the Champions League, I think we learned and hopefully we will do better.

“It is not an easy group – I am not saying this – but maybe if you compare this group with the last two years, it is a bit better.

“We believe in this team and I think we have got a great chance to qualify for the next round.”

Vincent Kompany may be in contention for a return to action after training with the squad, but midfielder David Silva stayed behind when the plane set off for Prague.