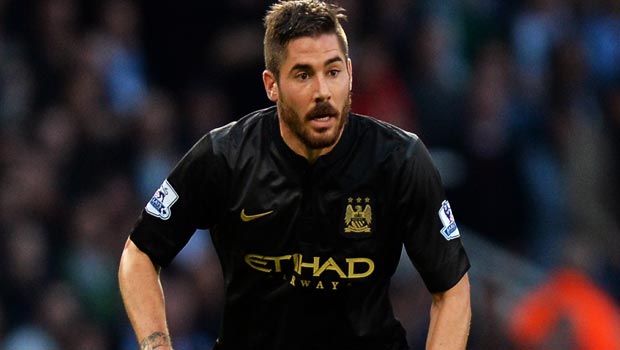 Javi Garcia admits he found it tough after joining Manchester City but has now settled into his surroundings and loving life at the club.

The 27-year-old moved to the Etihad Stadium from Benfica in 2012 but struggled to find his feet in a new country and with a different style of football.

He became lost in a squad full of international players and his inability to speak English appeared to be holding him back.

But now, after a few lessons, things are much better and the Spain international insists he enjoys going in to work and communicating with the City squad.

“At the training ground I like to joke with my team-mates,” he said. “At the beginning that was difficult, but now I can speak a little bit with my friends.”

Garcia has been linked with moves back to Portugal and Spain but has seen more playing time in recent games and he is clearly starting to relax and is enjoying making a contribution.

“When you play regularly, you can show your quality, and the most important thing for me is to win three points and keep working for the Premier League title,” he added.

City still hold all the aces in the race for the Premier League title and will reclaim top spot if they win all three games in hand.

And Garcia feels it is essential to maintain their current form after exiting both the Champions League and the FA Cup in quick succession.

“Chelsea don’t lose so many points, and we have to go top of the table again,” he added. “That is so important after losing in the FA Cup and Champions League. Now we have a week to focus on the Premier League.”