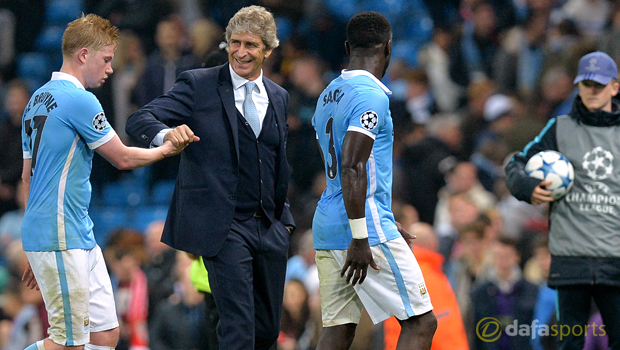 Manchester City boss Manuel Pellegrini says his side have answered their critics in Europe after they came from behind to beat Seville 2-1 at the Etihad Stadium.

City have struggled to make an impact in the Champions League over recent seasons and looked set for another difficult campaign following an opening 2-1 home defeat against Juventus.

However they bounced back in the next game with a late win away at Borussia Dortmund and kept the good run going last night as Kevin De Bruyne struck in stoppage time to earn another crucial three points.

City are now just one point behind Group D leaders Juve after three games, and Pellegrini believes they have answered their critics with the last two results.

“I think that maybe there is a lot of criticism of this team in Europe but these two last games that we played in Europe reflect that we have the character to try to win,” he said.

“We will continue trying to improve our play, but for me, the character, concentration and intensity in Europe has been very important.

“When you win in the last minute it gives you more trust in what you are doing.”

City will quickly turn their attentions back to the Premier League when they take on Manchester United in the derby at Old Trafford on Sunday.

Pellegrini says confidence will now be high going into that game following the win over Seville last night.

“Tomorrow we will start thinking about the derby and we will see the way the players recover,” he added.

“We have a lot of different things to think about for the next game. I am happy with the team.”