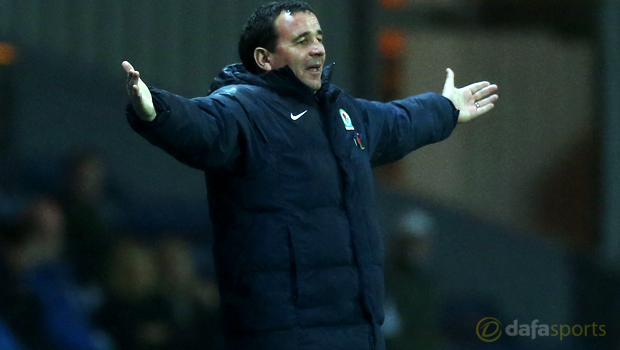 Blackburn boss Gary Bowyer hailed the character in his Rovers side as they fought out a goalless draw with Derby County at Ewood Park on Wednesday night.

The Rams arrived in Lancashire on a six-game unbeaten run and were hoping to move into the play-off places with a win.

Markus Olsson, Tom Lawrence and substitute John O’Sullivan all forced saves from Rams’ goalkeeper Scott Carson, but Rovers still had to dig deep and managed yet another clean sheet on home soil, much to the delight of Bowyer.

“That’s four clean sheets on the trot at home which is a fabulous performance from our boys on that front,” he said. “A little bit more luck, we could have been talking about an outstanding win.

“From an organisational point of view, discipline, character, spirit, against a very expensive and experienced Derby side who, rightly, are promotion favourites and will be right up there – we were excellent.”

Next up is a huge game against arch rivals Burnley at Ewood Park this weekend, and Bowyer is hoping to have both Craig Conway and Matt Kilgallon back fit.

“Derby probably had more out through not being picked than we’ve got injured,” the Rovers boss added.

“Whoever puts the shirt on for us, you know what you’re going to get from us, they’ve shown that tonight. Seven first-team players missing, it was a fabulous response from us.”