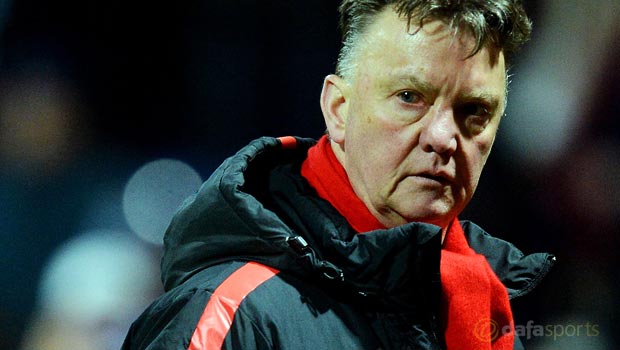 Louis van Gaal admits it is unlikely Manchester United will win the Premier League, but says they will be trying to put as much pressure on leaders Chelsea as possible over the remainder of the season.

The Red Devils’ recent good run of form continued on Saturday as they comfortably saw off Aston Villa 3-1 at Old Trafford, thanks to a brace from Ander Herrera and a fine strike by Wayne Rooney.

The victory was United’s fifth in succession in the league and moved them up to third in the standings, eight points behind table-toppers Chelsea.

Perhaps more importantly for United, the win gives them an eight-point cushion over Liverpool in fifth place, with the minimum target for Van Gaal’s side this season being to finish in the top four.

The Dutch tactician is reluctant to set his team a new target given they face a tricky run to the end of the season, with games against Manchester City, Chelsea and Arsenal still to come.

Van Gaal says the fact they face the rest of the top four in their last seven games also means they are not out of the running to win the Premier League title, although he concedes it will be a tough ask.

“We have to play against the first three in the league (Chelsea, City and Arsenal) and normally when you play against better teams with more points it’s not done yet,” the United manager said.

“We are looking up and we have to win every week but anything is possible.

“We have made a big gap to fifth and we can suffer a defeat.

United are priced at 51.00 to win the Premier League title this season, with Arsenal, who are one point and one place better off than Van Gaal’s men, 21.00.