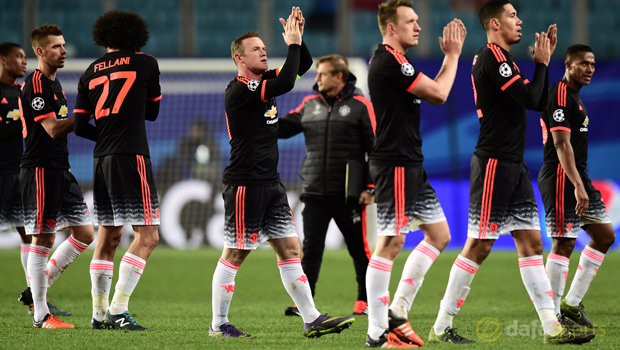 Captain Wayne Rooney says Manchester United have simply not been good enough in recent seasons to challenge for major honours.

The England striker does believe, however, that manager Louis van Gaal has helped them turn the corner and start back on the road to success.

United face CSKA Moscow in the Champions League on Wednesday knowing that victory in the Russian capital would be a decisive move towards the last-16 in Europe’s elite competition.

And the former Everton man feels they are moving in the right direction this season.

“We want to get back to winning trophies, of course. In the last few years we haven’t been good enough,” said Rooney.

“There has been a big change in the club over the last few years and it’s now starting to settle back down into a good rhythm with what the manager wants from us and we are improving.”

Rooney has bittersweet memories of the Champions League as the Red Devils beat Chelsea to win the 2008 final in Moscow, but the striker has also endured two final defeats to Barcelona.

The Old Trafford skipper turns 30 this week and he would love another crack at Champions League glory to banish the memories of those defeats to the Spanish giants.

However, taking three points off CSKA is top of his agenda for now.

“It’s a tough competition to play in and obviously I am delighted to have won it in my time here, but obviously it is disappointing to lose two finals, so it would be nice if we go on a good run in the competition and try and get success,” he added.

“But that’s in the future. We have to focus now on (this game) and try and get ourselves in a good position in the group,” he added.