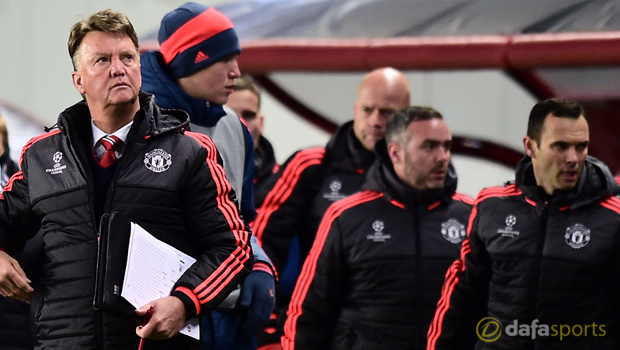 Manchester United boss Louis van Gaal was happy with his side’s display in the 1-1 draw against CSKA Moscow but criticised Anthony Martial despite the fact the striker grabbed the equalising goal.

The youngster scored with a superb diving header in the second half to rescue a crucial point, but Van Gaal was unhappy with the way he gifted the home side the opening goal.

Martial raised his right arm in the area and the referee had no option but to award a penalty after the ball struck it.

Martial looked to have escaped when David de Gea saved Roman Eremenko’s penalty but Seydou Doumbia scored from the rebound to put CSKA ahead.

Martial cancelled out the goal in the second half but still did not escape the wrath of Van Gaal after the game.

“They had the present of an Anthony Martial penalty,” he said. “Martial is a human being, he reacts and it is a stupid reaction, but sometimes these things happen.

“He said it is the first time it happens to him, if it always happens with me it’s a pity.”

The draw leaves the Red Devils in second place in Group B at the halfway point of the group stages, with home matches against PSV and CSKA, as well as a trip to Wolfsburg, to come.

“I was very happy with the performance,” Van Gaal added. “I knew in advance that it would be a very difficult game because CSKA are very well organised and compact.

“The tempo was too slow in my opinion, I said that at half-time, and improve our tempo and switching the game from side to side.

“We did that better in the second half than the first half. We created more chances and could have won, but I think it is a deserved draw.”