Posted by Robert Morris on September 2, 2014 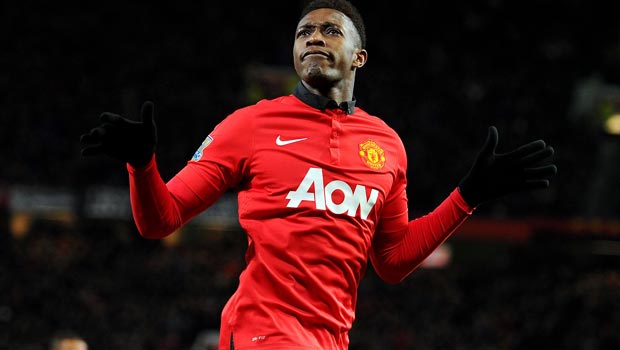 The Longsight-born England striker was given the green light to leave his boyhood heroes once Colombia goal-getter Radamel Falcao had completed his £6million season-long loan switch from Monaco.

The 23-year-old, who joined United’s academy aged eight and has been capped 26 times by England, has signed a “long-term deal” at Emirates Stadium. The north Londoners revealed the Welbeck deal is subject “to the completion of regulatory formalities”.

“Everyone at Arsenal welcomes Danny to the club and looks forward to his contribution in an Arsenal shirt this season,” a club statement read.

Welbeck scored 29 goals in 142 United appearances but his long-term future at Old Trafford became the subject of intense debate once former manager Sir Alex Ferguson brought the curtain down on his distinguished tenure.

He failed to convince Ferguson’s successor, David Moyes, he could successfully challenge Robin van Persie and Wayne Rooney as the club’s first-choice striker and was often played in wide positions.

Speculation about his future intensified when Louis van Gaal was appointed manager in the summer and the move to Arsenal helps Arsene Wenger in his efforts to offset the loss of France striker Olivier Giroud for up to four months because of a broken leg.

The Frenchman had said he hoped to stay “very active” in the transfer market and Welbeck will beef up a strikeforce already boasting Chile striker Alexis Sanchez.

Welbeck, who was the only Mancunian remaining among the senior players in the United first team, is part of Roy Hodgson’s England squad for Wednesday’s friendly against Norway at Wembley.

Arsenal are currently priced 11.00 by Dafabet to win the Premier League title this season.