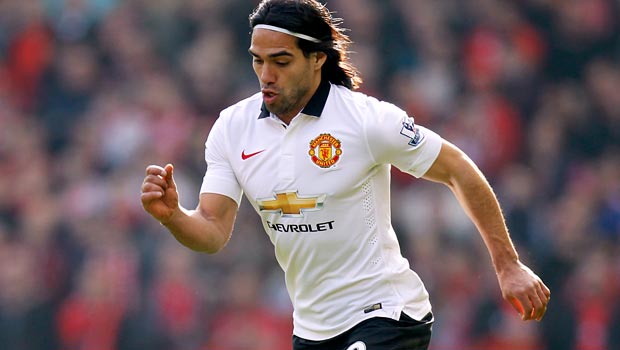 Manchester United striker Radamel Falcao has played down reports linking him with a move to Juventus at the end of the season.

The 29-year-old forward, on loan from Monaco, has endured a disappointing season with United, scoring just four goals in 19 games in all competitions.

Falcao has not started for Louis van Gaal’s side since February and was dropped to the bench for crucial fixtures with Arsenal, Tottenham Hotspur and Liverpool this month, prompting speculation that the former Porto and Atletico Madrid striker will join Juventus at the end of the season.

However, the player himself has made it clear he wants to stay at Old Trafford and fight for his place in the team, while he remains committed to Van Gaal’s side.

“Juventus looking for me? They talk a lot, but now I’m focused 100% on Manchester United,” he told Colombia’s Radio Caracol.

“Before the end of the season there are some crucial matches and I hope that this situation will change.”

Should Falcao continue to be left out of the United side in their remaining eight games of the season, it seems likely he will not have his contract renewed by the club.

And earlier this week he admitted he will only consider joining a club permanently at the end of the season if he is guaranteed first-team football.

“When the championship finishes, of course I will sit down, analyse things and decide what is best for me,” he said. “Obviously I need to find a place where I have continuity and where I can play.”

In-form United return to Premier League action on Saturday 4 April and are priced at 1.30 to beat struggling Aston Villa at Old Trafford.