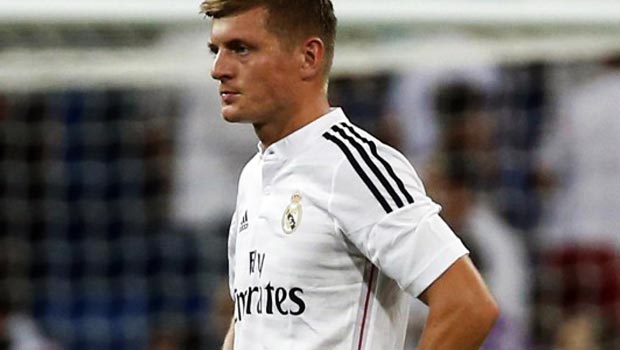 Real Madrid midfielder Toni Kroos says the Spanish press are too quick to criticise bad performances but insists he is happy at the Santiago Bernabeu.

Real have come under fire in recent weeks as a slump in form has seen them win just one of their last five games.

The disappointing run culminated in a 2-1 defeat to rivals Barcelona in last weekend’s El Clasico and increased the pressure on Carlo Ancelotti and world record signing Gareth Bale, who have both been criticised heavily in the Spanish press.

And Kroos, who has been a key player for Los Merengues this season and helped them go on a record 22-match winning run prior to the winter break, has hit out at the media for their role in affecting morale.

“Those who know me a bit better know I’m not like a flag that moves with the wind, as they sometimes do in the Spanish media,” he said.

Kroos was speaking ahead of Germany’s Euro 2016 qualifier with Georgia on Sunday. The midfielder is expected to feature for the world champions after sitting out the 2-2 draw with Australia earlier this week.

The 25-year-old, who joined Real Madrid for a reported £25million last summer, admits he is suffering from tiredness after being denied a winter break due to Real Madrid’s involvement in the Club World Cup.

“I’ve played many games this year and haven’t had a winter break,” he added. “It’s normal that you feel a little tired sometimes but, at the moment, I feel very well and very happy at Real Madrid.”

Real Madrid are priced at 1.07 to return to winning ways when they host Granada in La Liga on April 5 and can be backed at 3.80 to win La Liga this season.