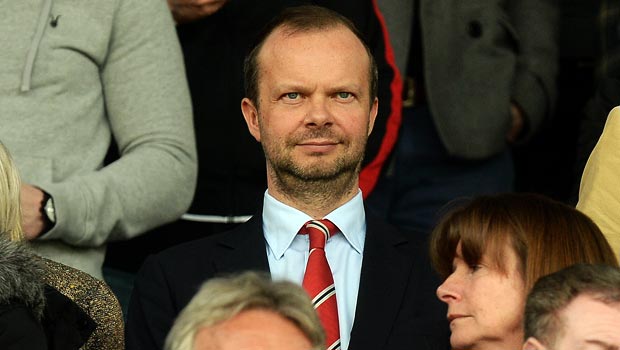 Manchester United will be very active in the transfer market this summer as they bid to bring Champions League football back to Old Trafford, according to executive vice-chairman Ed Woodward.

United will not be involved in Europe next season following a disastrous campaign under the leadership of David Moyes, but there is fresh hope among the fans following the Scot’s departure.

Louis van Gaal is set to be appointed as his successor and the Dutchman will be handed significant funds to strengthen the United squad.

Woodward has ruled out Van Gaal being appointed this week, saying an announcement will be made in ‘due course’, but when it does happen, he will be backed to the hilt.

“The club’s expectations – and you will see this reflected in the transfer market and what we have recently done from a managerial perspective – are absolutely to get back into the Champions League,” Woodward said.

“We will be active in the transfer market and deals will be done.

United reported revenues of £115.5million for the quarter and that will only boost the transfer funds that Van Gaal will have available to him.

“We once again generated record revenue,” added Woodward. “This puts us in a healthy financial position to continue to invest in the squad.

“Everyone at the club is working hard to ensure the team is back challenging for the title and trophies next season.”

Woodward also confirmed to the club’s investors that the lack of Champions League football would cost them over £30million, but the determination is to get back there.