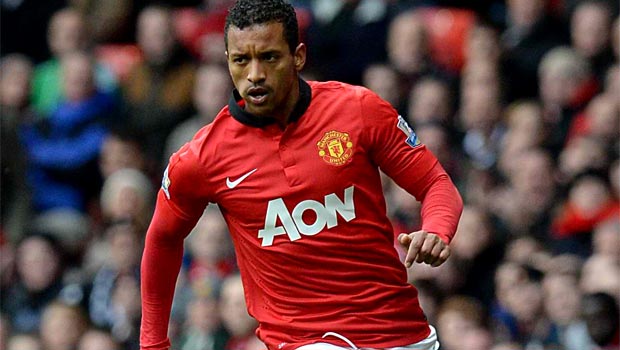 Manchester United boss David Moyes has confirmed that Nani is set for another month on the sidelines after picking up a “bad hamstring injury.”

The Portuguese winger hasn’t featured for the club since the 1-0 defeat at home to Newcastle United in December.

Nani was thought to be leaving the club in recent weeks after losing his place in the Manchester United first team, with Adnan Januazaj, Antonio Valencia and new record-signing Juan Mata all seemingly ahead of him in the pecking order.

Juventus, AC Milan and Inter were all thought to be interested in the 27-year-old although a deal never materialised before the end of the January transfer window.

His injury may well have put paid to suitors’ interest in the winger, and Moyes has revealed that it will be some time before he is available for selection.

“He’s getting closer now but I think it will be another month until he will be ready to play,” Moyes said.

Moyes has also confirmed he will take no risks with striker Robin van Persie as he returns to full fitness.

The Dutchman scored on his comeback in the 2-0 win over Cardiff on Tuesday, although the United boss has revealed he will be taking a cautious route.

“I have taken Robin’s advice where he feels he is at. I ask him if he is ready to play and how long does he feel he is able to play,” Moyes said.

“He is a player who is so important to us that I need to know exactly where he is at.

“We have missed that element where, when you are not quite at your best, somebody gets you the goal. We have not had that for three months now and it has been quite tough.”