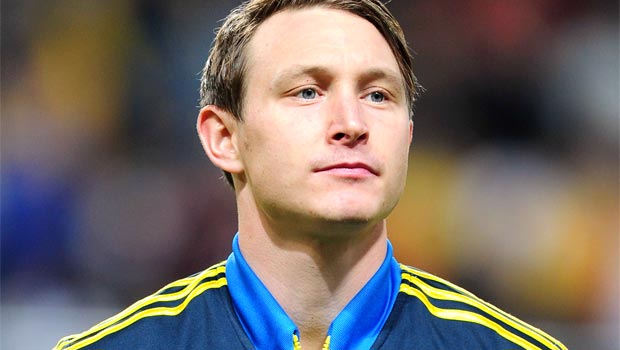 Kim Kallstrom is hoping to “learn as much as possible” from Arsenal after completing his loan move from Spartak Moscow on deadline day.

The Swedish midfielder will remain with the Gunners until the end of the season as he looks to try and help them lift the Premier League title.

Kallstrom was a surprise target for Wenger, with rumours only surfacing on deadline day that the Frenchman was interested in his services.

However, his plans may have altered due to a number of recent injury problems. Aaron Ramsey is now out for six more weeks, while Jack Wilshere’s fitness is a growing concern.

Kallstrom will add cover ahead of what promises to be a busy period for the Gunners.

He moves to London with plenty of experience, having picked up more than 100 caps for Sweden.

Despite appearing in the Europa League this season, the midfielder is eligible to play for Arsenal in the Champions League.

Speaking about his move, Kallstrom told the club’s official site: “Arsenal is an amazing club with a lot of great players and a coach who has done really well here for a long time.

“I am so pleased to come here to learn as much as possible. I’m here to do my best for Arsenal and to help out the team, so we can achieve good results for the last part of the season.”

Kallstrom’s late move means he is unlikely to play against Crystal Palace but he could face Liverpool next Saturday, with Arsenal 3.14 to beat the Reds.